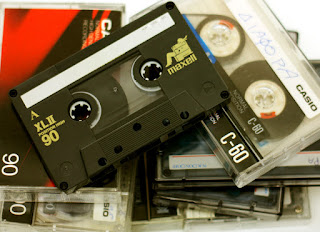 This stack here is 20 years old. So I thought that i should digitize them before the tapes goe really bad because ... you know; they are not professionally recorded on Chrome or Type 4 metal tapes with Dolby NR, rather on cheap Type I ones, 'cause I didn't know any better. That one on the top is probably the only Type II tape in there. (At least i think it's a type II? :P)

Yeah I could do better but there's something satisfying in slapping an old cassette in the player and hitting "►" (To the young'ings, the arrow in Play buttons simply shows the direction of the tape. Yet, like the venerable Floppy ~ that's the "save" icon in many applications... ~ it stuck around even to devices or applications that aren't using any type of physical media.)
Oh and in a couple of these cassettes you may even hear a couple of stations' jingle.
(Man there's everything in there. From greek comedy rap to jazzy sax to OST) 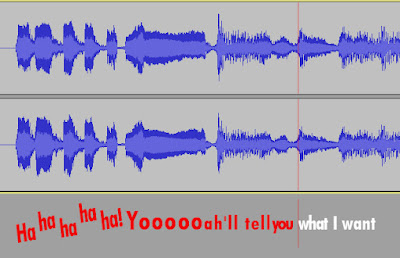 what i really really want...
Yeap, That was the first thing that came up on the first tape I started digitizing...

And no. When we were kids things weren't simpler or safer. It's simply that someone else was taking all the crap for us.
No comments: Links to this post
Email ThisBlogThis!Share to TwitterShare to FacebookShare to Pinterest
Labels: 90s, analog, audio, audio cassette, retro
Newer Posts Older Posts Home
Subscribe to: Posts (Atom)