101 texturing aimed at mobile games. (Just bake'em all in there)

Yes, mobile GPUs have gotten really fast. Yes, they can make more things than consoles from some years ago. But there is still something that hasn't improved yet. Battery life.
Forcing more fps means less battery life and a hotter device. But more so does giving more stuff to the GPU/CPU to calculate. Of course they can do effects like normal mapping and real time shadows, reflections/ refractions... But when running on a device that its battery only lasts for one or two days when on standby, that isn't such a good idea.

So... what's usually done on the art department is to cheat a bit.
Consider the scene below. From certain angles the floor looks as if it has some overhang and a relief/sculpted effect. (It's used in fact in a lot of places in the project). 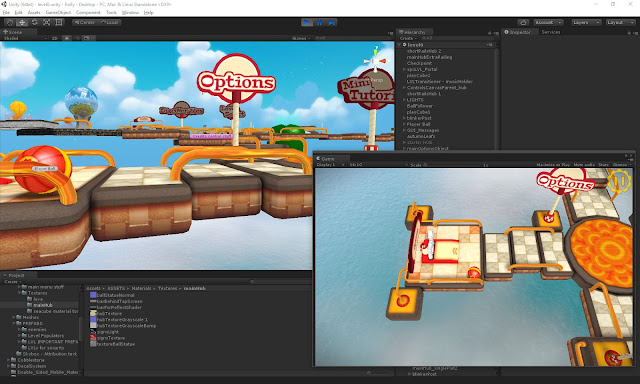 The most common way to do so in a 3D project would be to use a normal map in order to give the lighting information to the rendering engine and have it react correctly with the lighting.

But in a mobile environment you'd want to have the device have the least amount of work to do possible. Think of PCs and consoles good at marathons, with mobile devices good for sprints. Even though a Nintendo 3DS or a PlayStation Vita are mobile consoles running on batteries, they have chips with relatively slow speeds running as fast as they can, while mobiles are given fast, multi-core chips; and we are trying to give them as few things as possible to do, because the more you give those chips, the faster they'll go, and the more battery they'll eat up.

So back to the scene; see that chiseled effect that gives some highlights on the sides? Or that shadow effect? Well those are all baked into the texture, meaning basically that they were pre-drawn in the picture that gets wrapped around the 3D object. Lighting is faked as well, with only a couple objects actually using lighting calculations done in real time. (The ball is one of them since you will be moving it, faking it on the ball won't do as the highlights won't move. It has a small normal map to give it bumpiness. It's ok to do stuff like that if they aren't covering much of the screen.) 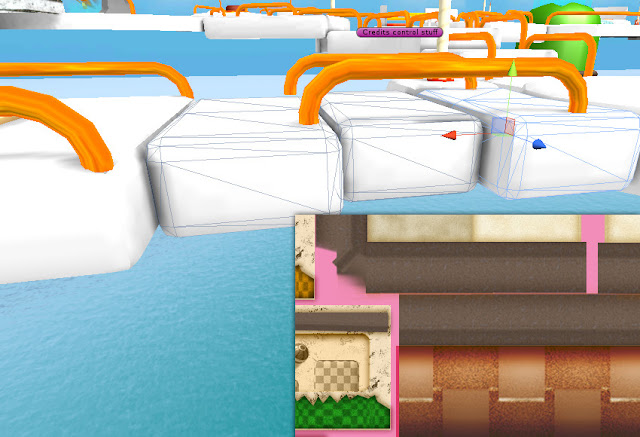 Above you can see the actual model of the platform blocks with no textures and in the lower right corner part of the texture atlas that has the texture info for all the platforms in this scene.
Which is another way to save on resources; placing as much stuff as you can on a single file so that the engine will only need to read one file once - but do that for things that won't be needed in a different scene. If you take a single object that uses this texture and put it into another one, then the engine will have to load the textures for that scene, plus the whole texture for that single object even if only a small part will be shown on screen.

All the shadows and highlights in the texture detail shown in the corner above were made in Photoshop, while the ambient light and shadows visible in the scene were precalculated by the engine and saved in their own image file as well. So that information is not being calculated while playing the game. That has its own limitations, but it helps in lowering the work needed. Since the light source and/or the platforms don't move, painting the highlights and shadows before hand saves on resources.

The time it was coming up and you could get the best pictures, this thick cloud was obstructing the whole thing. But i didn't care much because really, it was more interesting seeing that a lot of people were out and about just strolling by the beach. It was just a moon after all, only getting the importance that people decide to give it. Yeah it may affect the tide a tad more, but you're more likely to remember that you went for a walk with someone than you shoes getting wet. 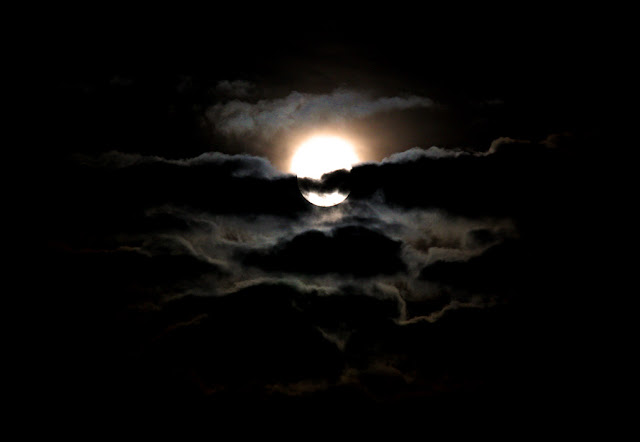 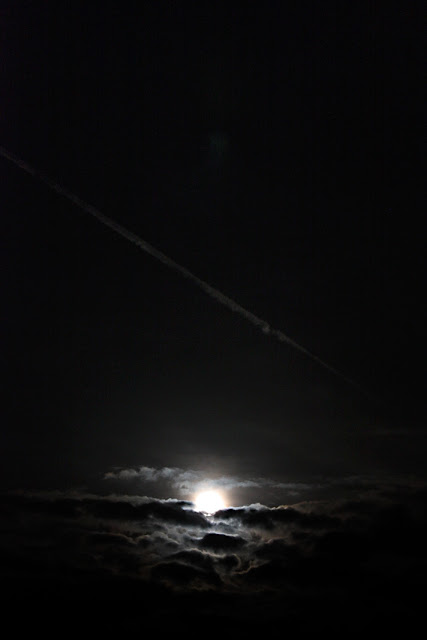 A plane was passing at the time, leaving a trail. (It was leaving Larnaka from the looks of it.) 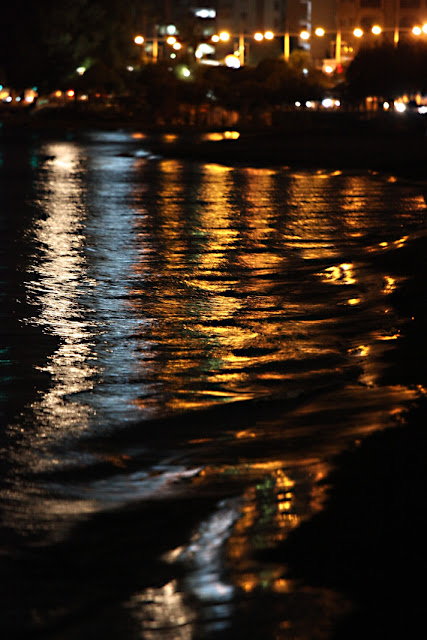 I find this one more interesting than the moon though. Hope to catch the next full moon as it's rising and not when it's already up.
No comments: Links to this post
Email ThisBlogThis!Share to TwitterShare to FacebookShare to Pinterest
Labels: beach, moon, photograph, sea, supermoon, water

Looking from the other side.

I was just playing around with water reflections and upside down pics. Whenever I say that i won't need the camera, i always need the camera.
No comments: Links to this post
Email ThisBlogThis!Share to TwitterShare to FacebookShare to Pinterest
Labels: photography, reflections, water
Newer Posts Older Posts Home
Subscribe to: Posts (Atom)